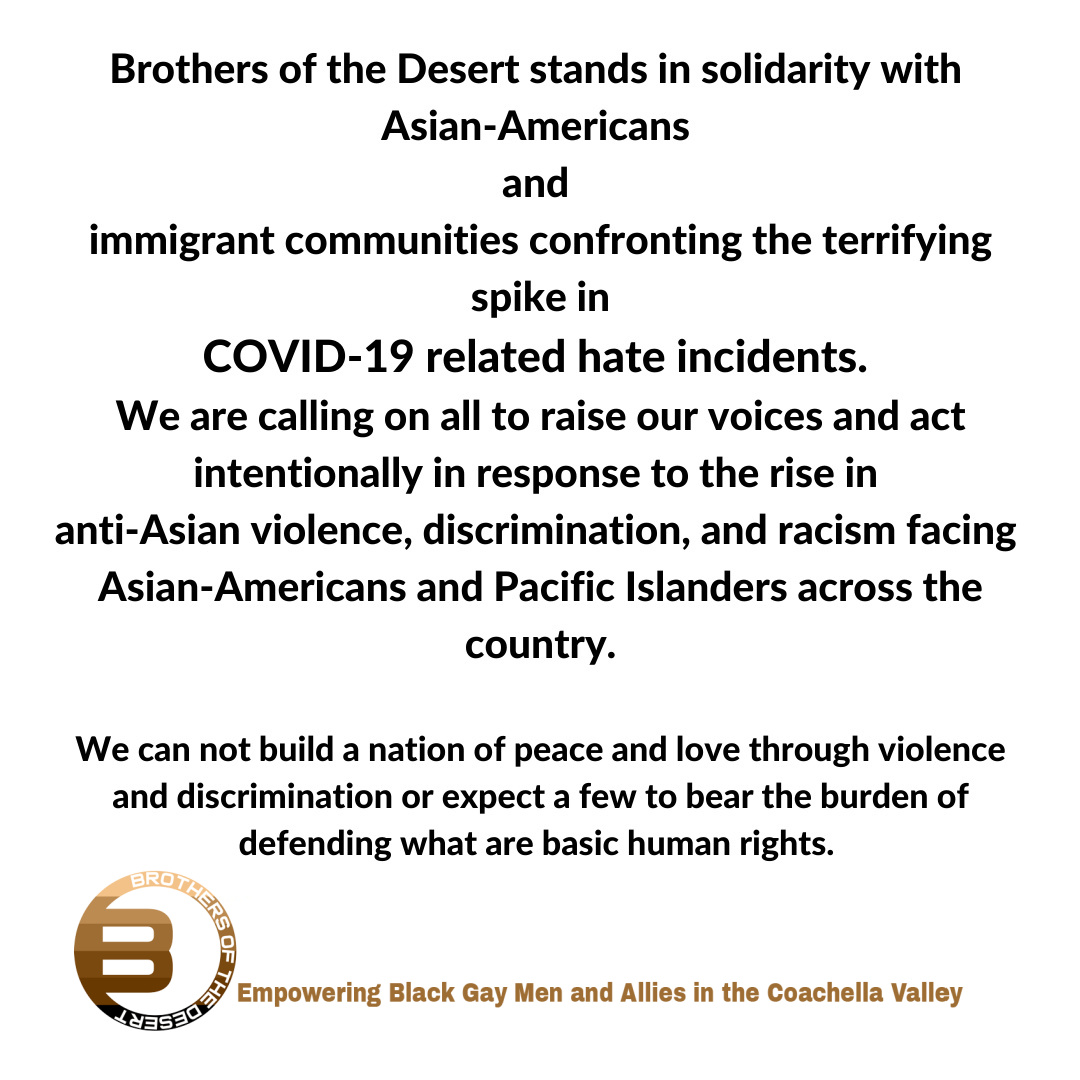 Whereas, Frank Bogert served as Palm Springs mayor during the time that black and brown residents of the city were handily displaced from their homes in “Section 14” in the 1960s – and their homes were razed with little regard for where they would relocate and live;

Whereas, Mr. Bogert’s leadership style and personality also depict a flagrant disrespect for the full personhood of black residents and other marginalized residents;

Whereas, the State Attorney General’s Office in 1968 noted the city of Palm Springs failed the residents who were displaced and thereby did not act in the spirit of the state;

Whereas, notable and respected leaders in this community, who are also aforementioned descendants of those directly affected by Section 14 evictions, have publicly expressed support for removing the statue;

Whereas, the prominent placement of the statue in front of City Hall – in a community that many Brothers of the Desert now call home – sends a subliminal message that the city venerates and seeks to memorialize individuals who hold bigoted views and act inappropriately toward residents of color;

Whereas, removing the statue would be a gesture toward healing in the community of Palm Springs, among all residents and particularly the black residents who never received a public apology from the city for how their families were evicted and mistreated;

Whereas, the statue is a symbol in opposition of early black residents of Palm Springs “thriving” in the community as homeowners in Section 14, an area centrally located in the city where residents of color lived prior to the aforementioned evictions;

Whereas, the legacy of this inappropriate act by the city, led by then-Mayor Frank Bogert, continues for the descendants of displaced black residents who became part of northern Palm Springs neighborhood, notably Desert Highland Gateway Estates, and other areas disproportionately affected by inequities in health, access to healthy food sources and general livelihood;

RESOLVE:  Be it resolved that the Brothers of the Desert organization supports the petition to remove the statue of Frank Bogert from its placement on the Palm Springs City Hall campus.