Speak My Words,
Tell My Truth

Synopsis:
The legacy of black gay contributions to the literary arts is explored by six characters who present the lives and works of Langston Hughes, James Baldwin, Essex Hemphill, E. Lynn Harris, Tarell Alvin McCraney and others. Their dialogue explores how their works influenced American culture, race relations and acceptance of homosexuality.

Lorenz Qatava
is a local novelist and poet and member of Brothers of the Desert. This is his first play.
About The Director: 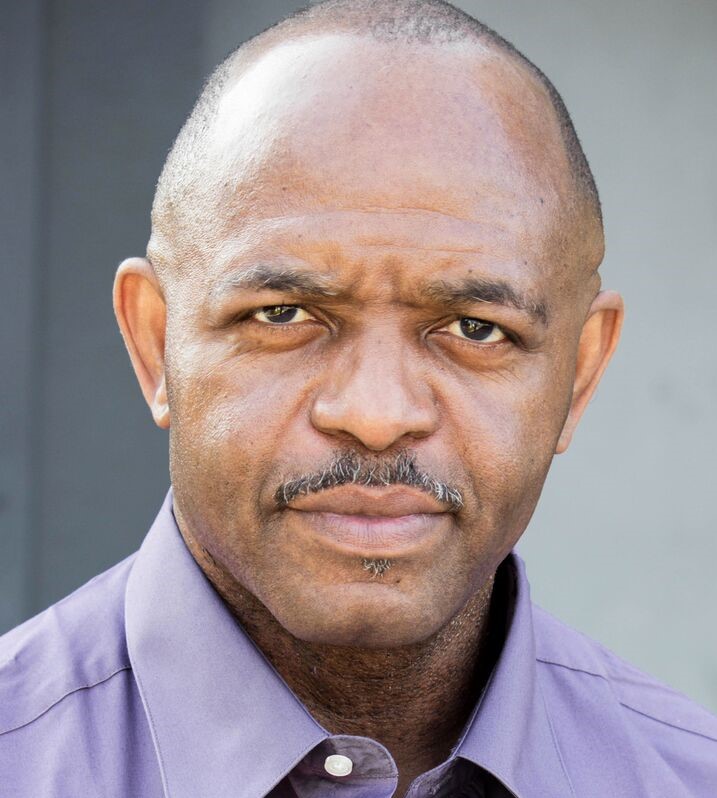 Yvans Jourdain is very grateful to be directing the virtual performance arts presentation of SPEAK MY WORDS, TELL MY TRUTH written by Lorenz Qatava, in partnership with Brothers Of The Desert and CVRep. Yvans last directorial project was the critically acclaimed performance of the fantabulous Jenelle Lynn Randall in “I Wanna Be Evil: The Eartha Kitt Story,” at the LA Fringe Festival. Yvans received his BA at Rutgers University and his MFA at Arizona State University, where he also studied directing under the wing of famed director Marshal Mason. As an actor, Yvans was last seen as Henry Williams in the Canadian Stage 2017 Production of “Hellen Lawrence” at UCLA’s Royce Hall. Yvans is known for his recurring role on “Parks and Recreation” as Councilman Howser. He has also appeared on “Criminal Minds Beyond Borders”, “Ghost Whisperer”, “Greys Anatomy”, “My Name Is Earl”, "Monk", “The Riches”, “Will & Grace”, “Judging Amy”, “Alias”, “The Shield” and “The West Wing”.  Theatre credits include and not limited to, "FLAGS", “BOX”, “UNCLE TOM’S CABIN”, “CYMBELINE”, “COMEDY OF ERRORS”, “MACBETH”, “TO KILL A MOCKING BIRD”, “A FEW GOOD MEN”, and “TWELVE ANGRY MEN”. Thank you to my guardian angels Adeline and Augustin Jourdain.
Cast (In Order Of Appearance) 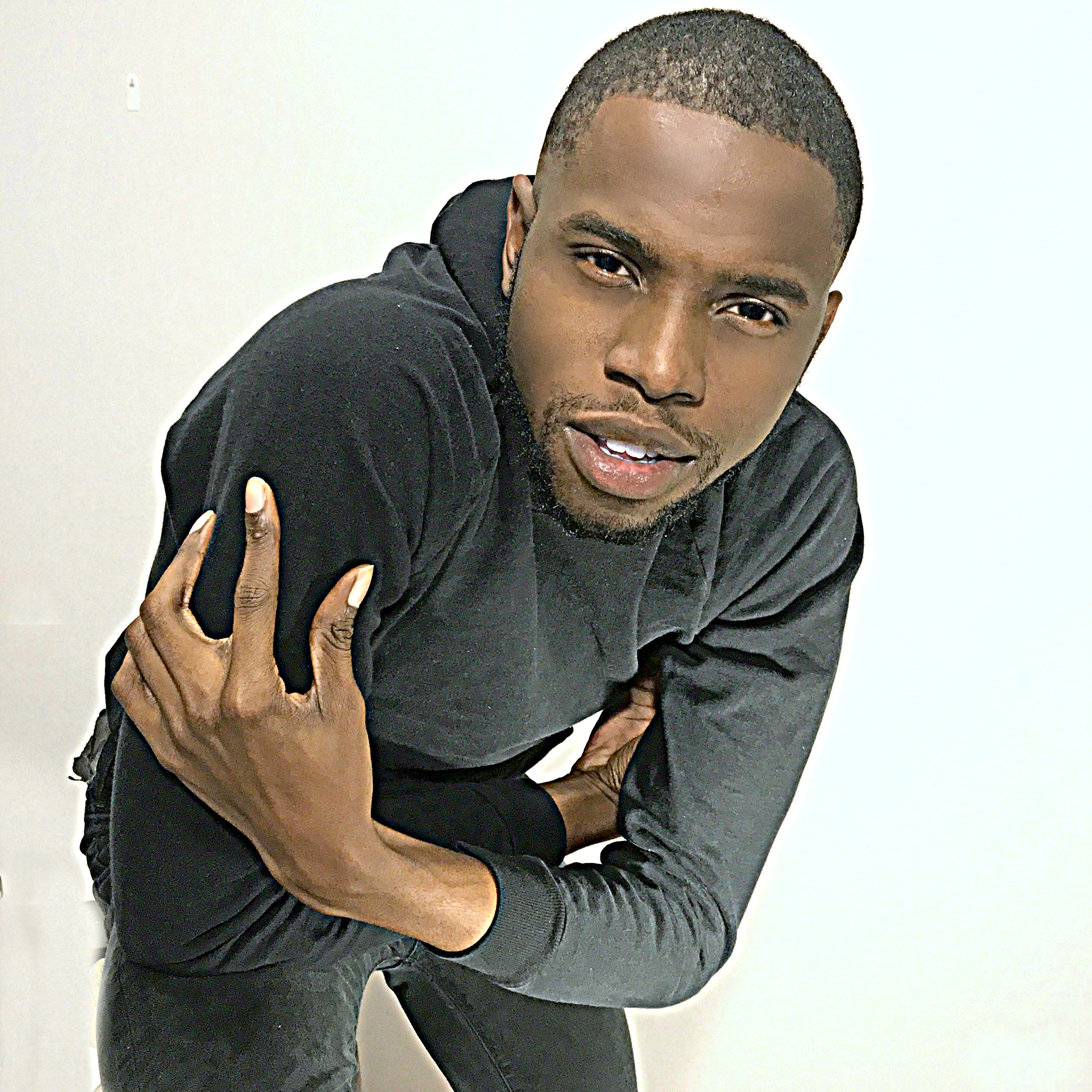 An American singer-songwriter, rapper, entrepreneur, and LGBT activist. He attended the Philadelphia High School for Creative and Performing Arts. He sang in central Florida gay nightclubs and started on his debut album GAY 101 in Atlanta.  Although production was delayed he gained exposure with underground releases, "I Got Him" (2009), "Exclusively" (2009), and "F*gg*ts Getting Money" (2012).  In 2007, he helped organize Phyre, Atlanta's first weeklong celebration of Black LGBT history. In 2016, he produced the album “No Faux" with a song controversial for its use of religious imagery and gay sex references. He is on the G Listed's list of 100 Outstanding LGBT People of Color. He is the founding partner of Icon City Entertainment, an equity-minded content production, marketing, and management company supporting the efforts of entrepreneurs, organizations, and educational institutions that serve underrepresented communities. 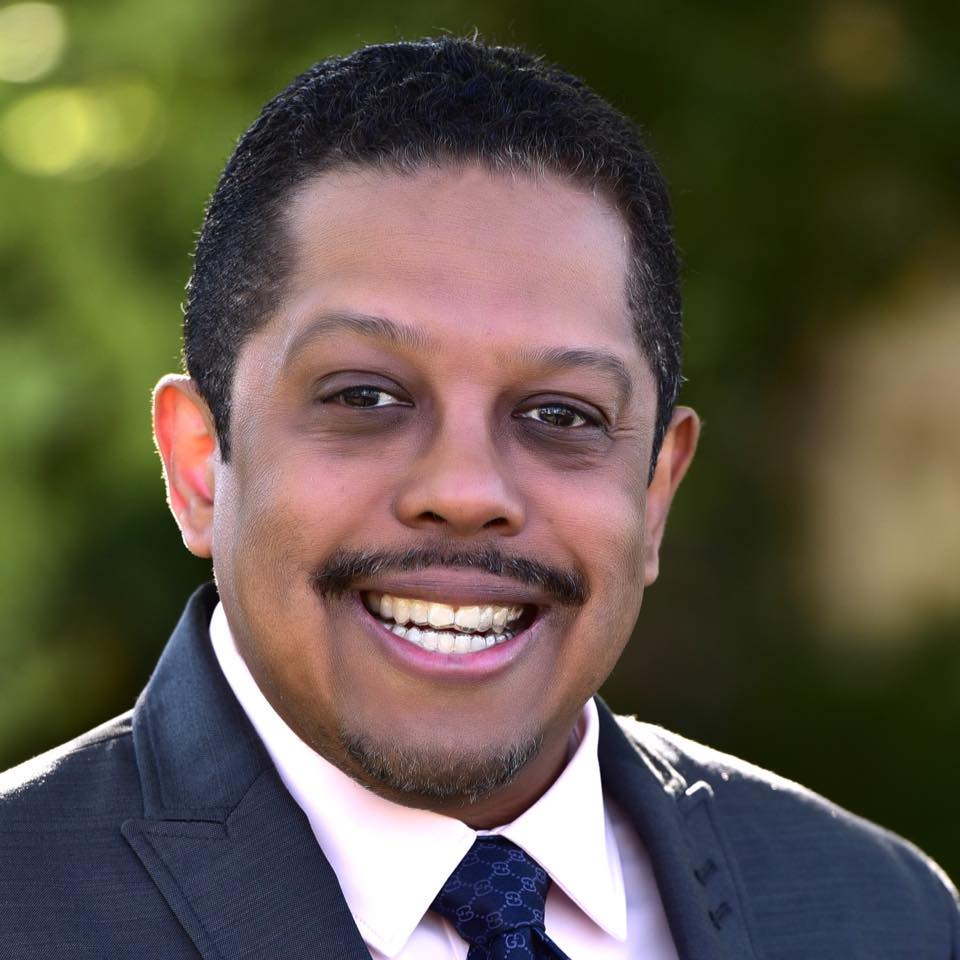 Robert is an African-Mexican-American folklorist, theater director and producer, playwright, and filmmaker. Born and raised in East Los Angeles, Robert has resided in Palm Springs for the past thirteen years where he works in the hospitality industry. He is a UCLA graduate with a background in television, film and theatre. Robert’s independent short film “Saint Martin de 4th Street” was an official selection at film festivals around the world, including the Pan African Film Festival and Outfest. He wrote, directed and produced the stage play Ask Any Girl at the Stella Adler Theatre (Hollywood) and the Lorraine Hansberry Theatre (San Francisco). Robert most recently appeared in the award-winning plays Angels in America with the Desert Rose Playhouse and Clybourne Park with Dezart Performs.  His first literary love was James Mercer Langston Hughes. 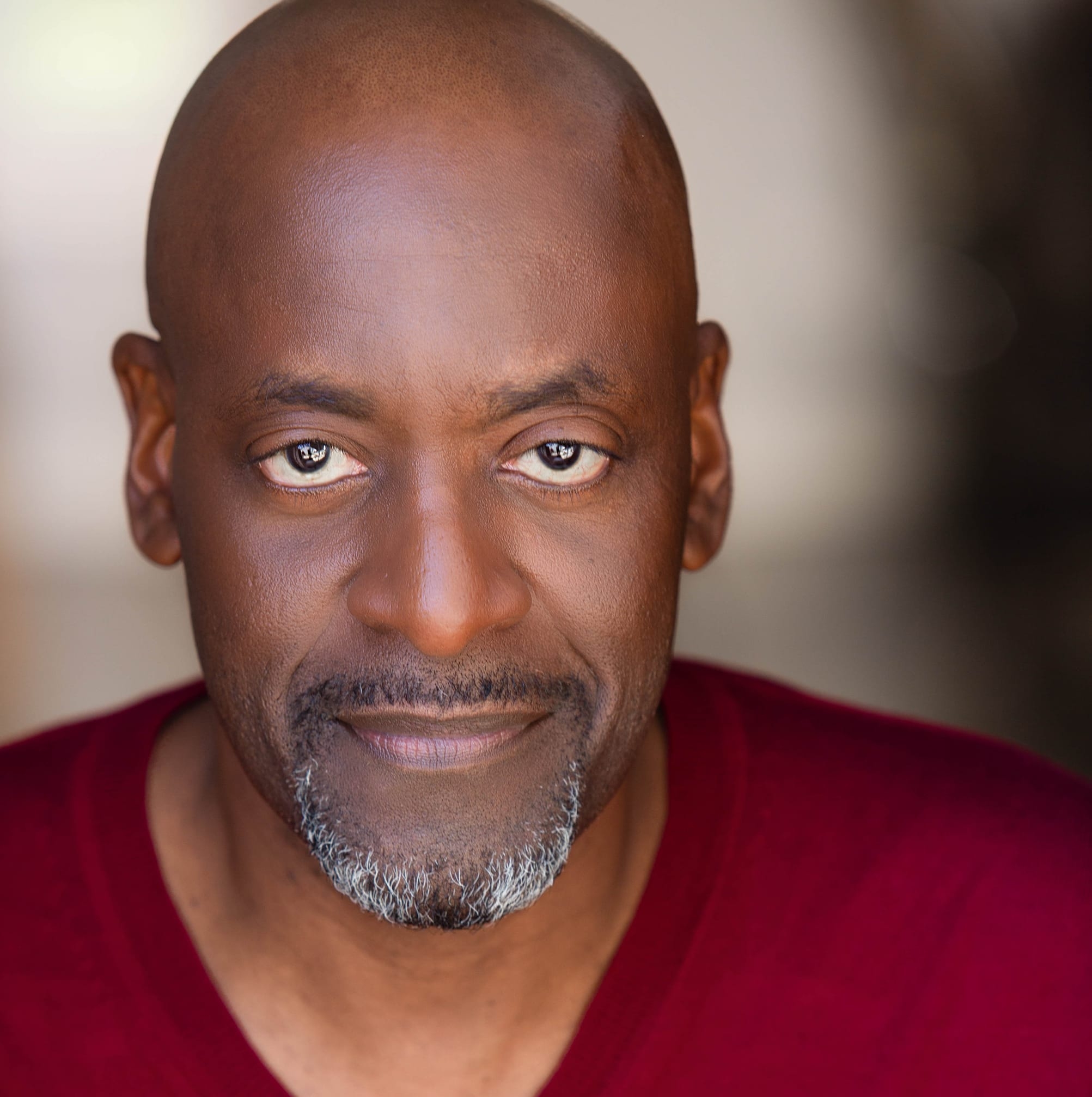 Charles Reese has been thespian and performance artist for more than 25 years and  is now streaming on Amazon Prime in the TV sitcom, Beauty and the Baller as the feisty chef, Jalil. Reese is known in the theatrical circles for his critically-acclaimed Off-Broadway performance in Howard B. Simon's production of James Baldwin: A Soul on Fire.  Critic David DeWitt of The New York Times called the play, "...funny, thrilling and wise, buoyed by the passionate performance of Charles Reese in the title role.” Reese co-authored the book adaption of James Baldwin: A Soul On Fire, which includes the play version and commentary to pay homage to Baldwin's legacy as an author and civil rights activist. He is the Artist in Residence for the  James Baldwin Writers' Colony at the Emerson College European Center-Kasteel Well in the Netherlands. Reese is currently represented by BH Talent & Literary Agency. IG: TheCharlesReeseExperience 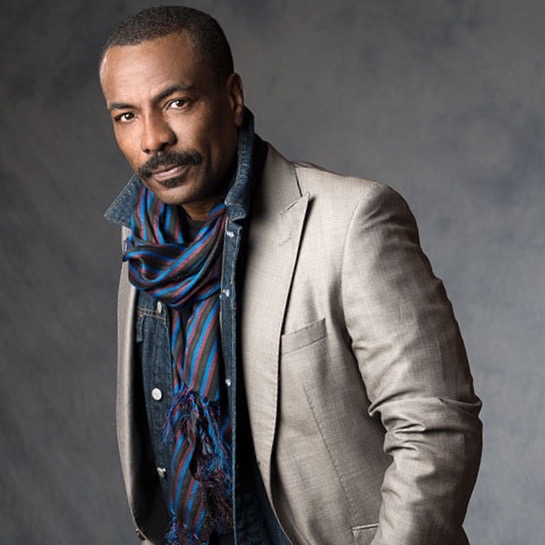 2020 would have marked Louis’ Stratford debut as Don John in Much Ado About Nothing, Norfolk in Wolf Hall and appears in Hamlet. Elsewhere: Dr. Chauvet in Here Are the Fragments (The Theatre Centre); MC in Oh, What A Lovely War!, Sandor in Grand Hotel, Baudricourt in Saint Joan, Willie in “Master Harold”… and the Boys, Dracula in Dracula (Shaw Festival); Leonato in Much Ado About Nothing, Duke Vincentio in Measure for Measure, Caesar in Julius Caesar, Egeon in The Comedy Of Errors (Canadian Stage); Buddy Black in Helen Lawrence (Canadian Stage, Edinburgh International Festival, Brooklyn Academy of Music); Luther Dixon in Baby It’s You (Broadway). Film/TV: Stomp the Yard, Dynasty, NCIS, Castle, Grey’s Anatomy, Chuck, recurring on Person of Interest, series lead in Privileged. 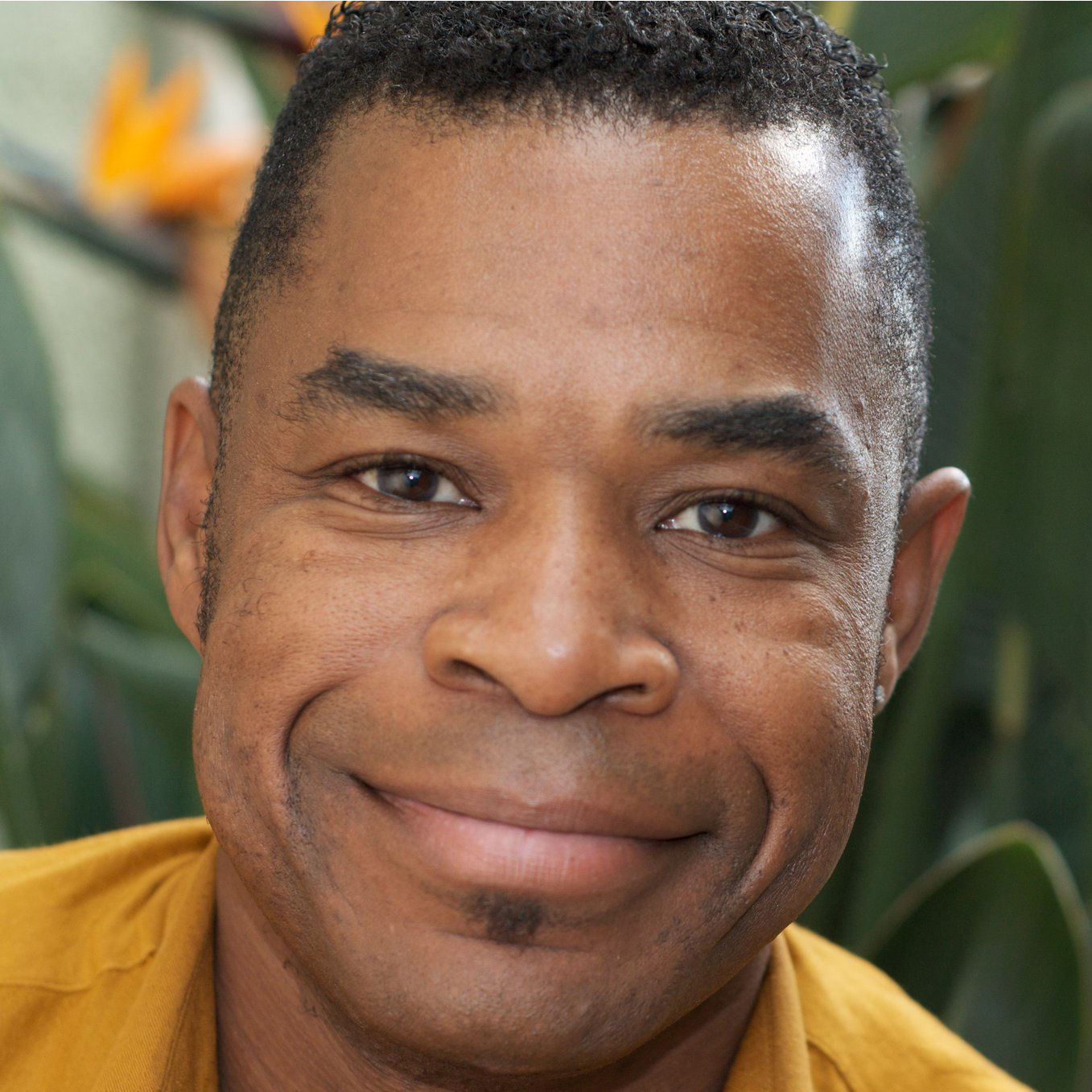 John is absolutely thrilled to be a part of "Speak My Words" with The Brothers of the Desert and The Coachella Valley Rep. John was born in Alabama part of a large black church family near Jefferson County, the birthplace of quartet singing.  His family moved to Boston where he got his first professional television gig at age 9 on the beloved children's show ZOOM.  Since then John has performed in numerous TV shows, commercials, films, and theater both on Broadway and off Broadway and around the world. He was part of several world premieres, including Paul Simon's The Capeman on Broadway, and the original workshop of RENT.   For the past 12 years john has been a member of the renown a cappella doo wop quartet, The Mighty Echoes. Educated at The Commonwealth School, Morehouse College, and was in the first graduating class at the American Repertory Theater Institute for Advanced Theater Training at Harvard University. 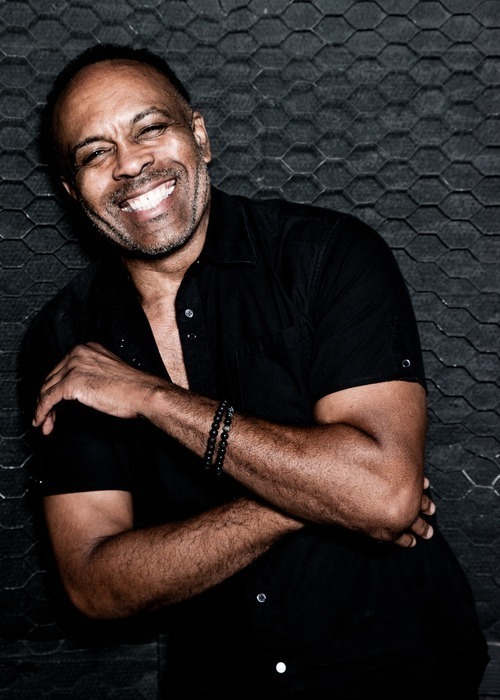 Andre is a celebrity chef and designer with kathy ireland Worldwide, with whom he has made several fitness and cooking videos.  He has appeared on Broadway in The Kiss of the Spiderwoman, and in regional theater productions and tours of Randy Newman’s Faust, Dreamgirls, La Cage Aux Folles, Sweet Charity, Sophisticated Ladies and Ragtime.  He has made appearances on numerous film and television shows including the Drew Carey Show, 90210, the D.L. Hughley Show.  He hosts major events and has made appearances at numerous celebrity fundraisers.  He is also a charter member of Brothers of the Desert and serves on the Board of Directors.

Our vision...is to have a dynamic, vibrant, and socially just community in the
Coachella Valley where black gay men and
our allies can thrive.

Empowering Black Gay Men and Allies in the CoachellaValley